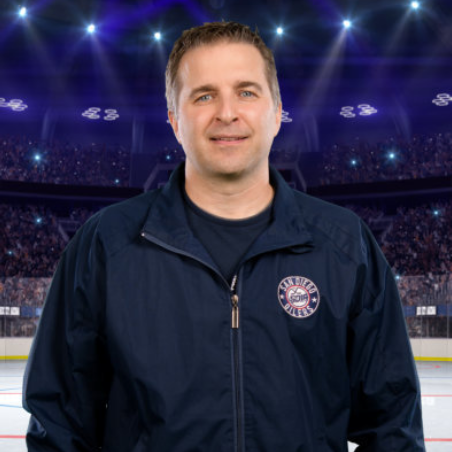 Corwin Nycholat is from Calgary, Canada where his passion for the game of hockey was instilled playing on icy streets and the pond, and where he had a front row seat to the Flames-Oilers Battle of Alberta. Starting hockey at a young age Corwin played AA through Bantam and Midget then Junior B in Calgary. He brings over 40 years of hockey experience.

As a coach, Corwin creates a positive learning environment where players are pushed out of their comfort zone to develop fundamental skills and learn the game of hockey. He expects his players to work hard, be good teammates, and show respect for the game. Corwin has been coaching at San Diego Ice Arena for three years – coaching co-ed hockey at the 8U, 10U, and 12U levels. He is a Level 3 USA Hockey coach.